Students and Car Accidents at MVHS 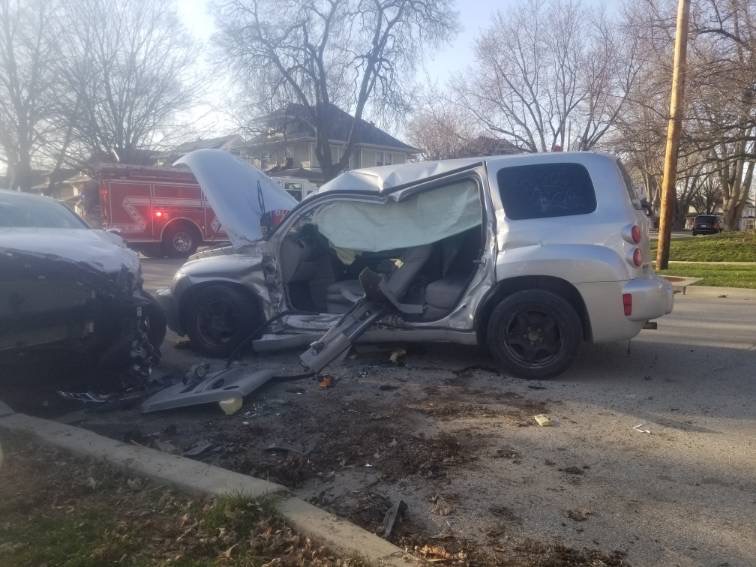 It is very common for new drivers, especially in high school, to get into accidents. Not all accidents are at the fault of students, though, as it can simply be a matter of being in the wrong place at the wrong time.

Personally, I have been in a crash that ended with my car being totalled and a night in the hospital. Over the summer of 2020, a car full of kids driving recklessly sped through a stop sign hitting the car in the opposite lane as me sending their car crashing into mine. I feel lucky that there was another car there to take impact before me otherwise it would have been a straight on T-bone into the driver side of my car. With metal tangled everywhere, first responders had to use the jaws of life to get me out of the wrecked car. Whether an accident is big or small, many students at Mount Vernon have a story to tell of how they got into a fender bender or getting a ticket from a police officer.

Many students drive on Mount Vernon Road to get to Cedar Rapids and the surrounding area. Because of its curves in rural areas, Mount Vernon Road can be dangerous at times for accomplished adult drivers and even more so for students. There is a higher chance of hitting a wandering deer on Mount Vernon Road throughout the fall season months of October and November. In the winter months of December, January, and February expect the road to be covered in snow and ice almost every morning. Celine Manternach, a senior, had been involved in an accident on Mount Vernon Road. “I totaled my car in the summer of 2020. I was on my way to babysit and I was driving on Mount Vernon Road going 55-60 mph. About five minutes out the car in front of me slowed down to turn,” Manternach noted that she did not notice the car turning before it was too late, before she could slam down on her brakes the front of her car collided with the back of the other car resulting in her car being totaled. “His car was a new 2020 Ford truck and mine was a tiny Ford Focus.” Fortunately, there was an off duty Marion police officer driving by that was kind enough to stop and help Celine and the other person involved in the accident. “I started crying immediately because I was scared. I had to get looked at by the EMT’s but I only had a couple of bruises. I ended up getting a ticket that was $200 for ‘not being able to keep control of the car,’ I believe.” Additionally, Manternach got a restriction on her license where she could have no other passengers in the car while she was driving and was also given a driving curfew of 10 p.m. for one month. “I didn’t drive anywhere after the accident and I drove to cedar rapids for the first time this summer.”

New drivers who get their school permits are able to drive by themselves for the first time. Cora Wheeler, a sophomore, took driver’s education at the end of the summer in 2021 and got her school permit to drive to school this year as well. Wheeler swims in high school and because Mount Vernon does not have a swim team she travels to Washington High School during the swim season to go to practices and other team events. Under her school permit she is able to drive to both Mount Vernon and Washington without an adult. Wheeler has done a lot of driving with only a school permit, but she has been involved in a few minor car accidents. “It was early in the morning when it was still dark outside and a raccoon ran across the street. I could have swerved but my parents told me it can be more dangerous if you swerve for animals in the road so I kept driving straight and ended up running over the raccoon,” Wheeler said. It is true in many cases that veering for deer and other animals at high speeds can cause a bigger accident. It is always smart to slow your vehicle down as fast as possible rather than swerving and losing control.

“Another time I was going to Casey’s to get some snacks, and as I was pulling into a parking spot the car next to me opened their door and I ran into the opened door,” Wheeler said. “There was no damage to their car or mine so I went into Casey’s to grab a snack and left. Even though it was a minor accident I was still scared after it happened.” Wheeler added that it is important for drivers to be alert at all times when driving and accidents like this could be avoided.

When you get into an accident there are some steps to take to ensure the best outcome possible. Many students are involved in their first accident in high school and may not know what to do after they experience a car accident. It is very important to stay in the area of the accident and not drive away from the scene of an accident even if there is only minor damage done to your car or other cars. If it is possible to move your car to a safe spot then that is recommended, but if your car has significant damage it would be best to wait for help. Next, check yourself for any injuries that you may have after the accident and if there are any passengers in the car make sure they are safe and check their injuries if they have any. Calling the authorities following an accident is necessary especially if there is significant damage to any vehicle or if someone is injured badly.

Both students agree that being alert and focused when driving is crucial to avoid accidents like hitting an unnoticed car or a wild animal. One thing both students learned from their experience in a car accident is that an accident can happen at any time so staying calm and collected and making sure that everyone involved is alright is important.