Concert Choir Prepares on Their Own 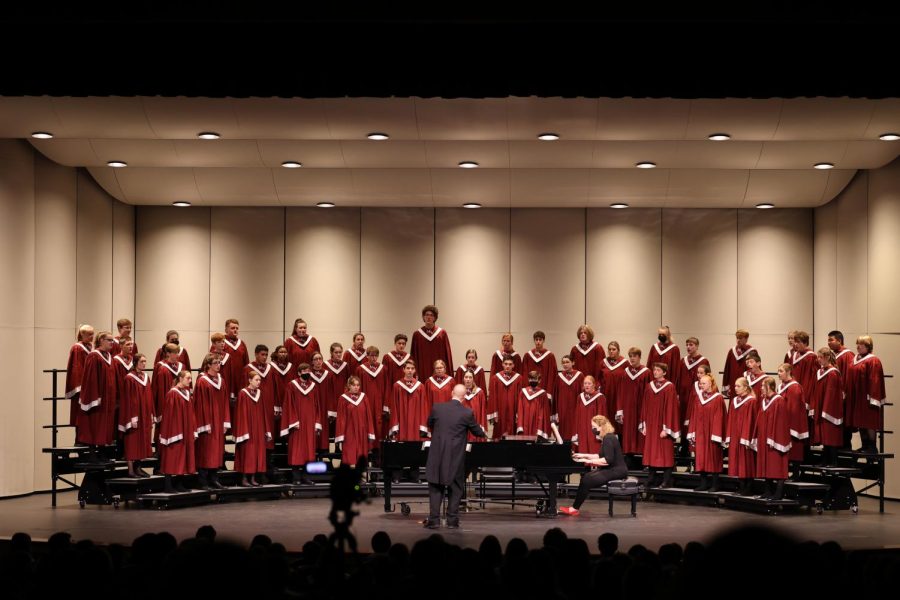 The Mount Vernon High School concert choir students have been preparing for their concert since the first day of school by learning the songs and how to sing them. They have been working on their pitch and learning all the basics and other fundamentals of singing for their Oct. 10 concert.

However, Concert Choir Director Thad Wilkins was absent for about a week and a half before the concert. “It was hard, and it was difficult because without him we didn’t have a director to keep tempo,” said senior Carson Bartelt.

A student leader jumped into action. Senior Tessa Baty, although she wasn’t Mr.Wilkins, did her best to help the class get ready for their concert. Baty did things like playing notes on the piano to help the students with fixing their pitch and tone.

On Sunday, the day of the concert finally came and it started at 2:30 in the performing arts center. The students sang their five songs and were proud of themselves.

After the concert, Bartelt said, “We did good for not having a director for a week.”

Wilkins was able to be there to direct the choir at the concert and watched their hard work pay off.