What’s in a Game of Baseball?

Kaleb Phillippe's Journey as an Athlete 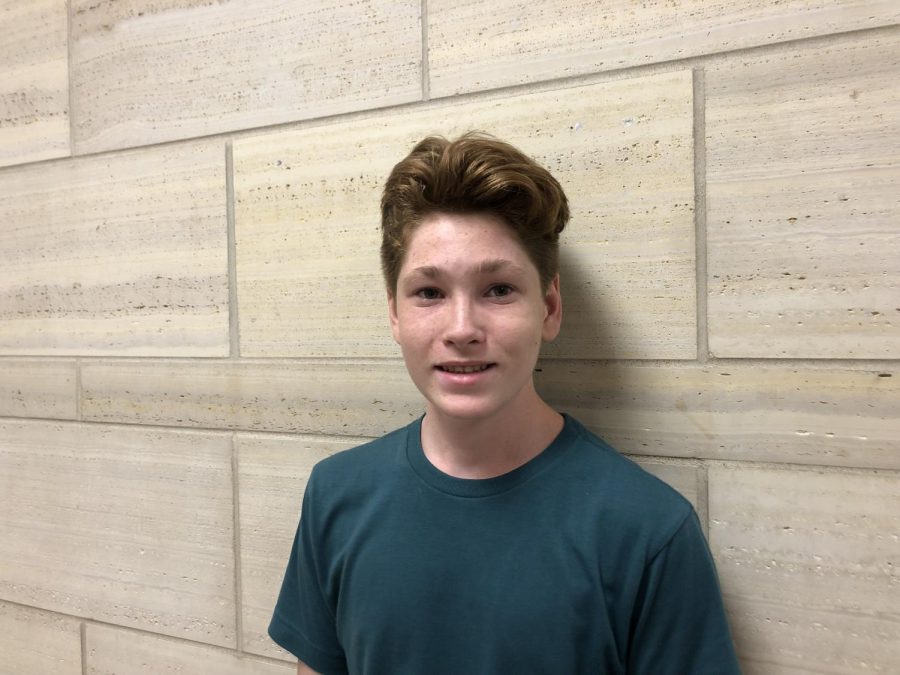 When you think of baseball, what is the first thing that comes to mind? Maybe it is the memory of playing catch in the backyard as a kid, or the famous “Take me out to the ball game”  tune, but for some people it is so much more than that. For Mount Vernon High School sophomore, Kaleb Phillippe, baseball is a passion, a connection to his father and hometown, and a constant in his life after moving here from Georgia.

Although if you talk to him now it may seem like he has been playing baseball for a lifetime, Phillippe hasn’t always taken an interest in it. Around the age of 10 his dad wanted him to start playing a sport and let him decide which one.

Baseball was at the top of his list for several reasons. First, he figured it would be a good way to connect with his father because he knew it was his favorite sport. It was also very popular in his community. He thought that he was too short for basketball and too small for football. Most importantly,he said, “It looked fun to hit a ball with a bat.”

Phillippe said that he quickly fell in love with the sport when he began playing. He said he loves the versatility of playing different positions and learning new skills. His favorite places to play are left field and second base.

In 2018 when he tragically lost his father, Phillippe moved to Anamosa, Iowa, all the way from Georgia. After losing his role model and first ever coach, Phillippe’s mom took over the role of supporting him in his journey as an athlete. She has encouraged him to continue playing baseball in a new environment despite the challenges it may present.

When asked what it was like to adapt to a new team, Phillippe said that  the biggest obstacle was fighting for his spot on the team and getting to play in the position he wanted. However, he was mostly excited to be around new people and get away from his old team in Georgia.

“I learned while playing on different teams that a lot of people have attitudes,” said Phillippe. “A lot of people like to slam their bats or argue with the umpire and I take it as them just whining. I’ve been on a lot of teams where teammates discourage each other.” He  explained that he believes the way someone plays the game of baseball says a lot about their character and can transfer to other areas of life.

Phillippe uses his free time to practice by himself on the field next to his house in Anamosa. “Baseball taught me how to work hard cause I’m not the best player on the team,” said Phillippe.

Although it may not be in his plans for the future, Phillippe has learned valuable lessons and made unforgettable memories from playing baseball. When asked if he has a favorite memory he said, “One time I was playing in center field and the ball was coming my way, it was about to be a home run and I made the winning catch”

Whether you know him from the hallway or the diamond, Kaleb Phillippe is quite the catch. Don’t strike out and miss him at the ball field in the coming summer season!