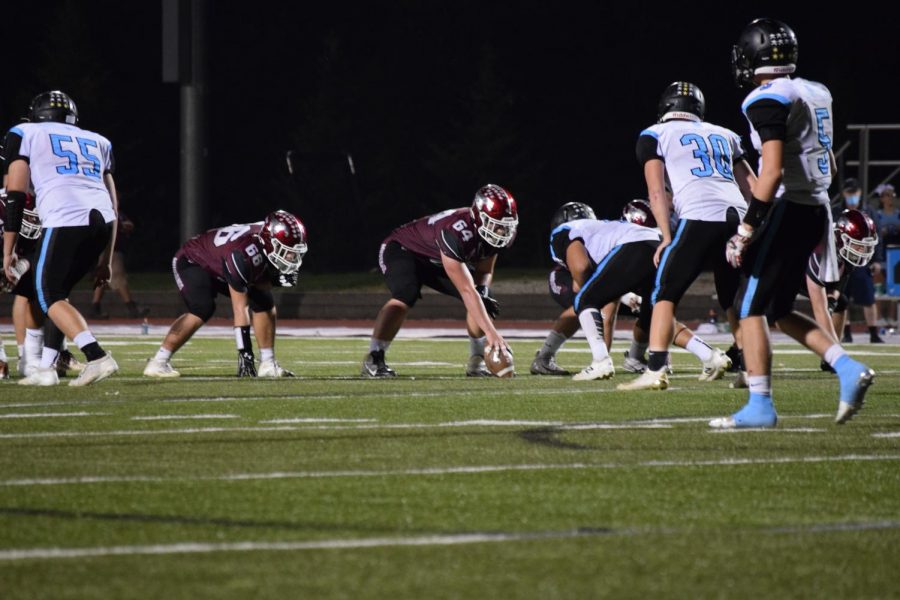 Some may argue that the Homecoming football game is the most exciting game of the season. It certainly was for the Mustangs’ (6-1) as they dominated the Trojans’ (3-4) on Friday. After a devastating loss to their rivals, the Solon Spartans, last week, a big win was just what they needed.

With a staggering 22 carries for 286 yards along with two touchdowns, nine tackles, and a sack, Trenton Pitlik, a running back, and linebacker, was a crucial part of Friday night’s victorious homecoming game. “It was just another game. We have to go into every game thinking that it’s the most important one of the year,” Pitlik said, “considering every game could be our last.”

Leo Appleton, a receiver and defensive back, was another crucial player in the game Friday with an interception in the second half. “I think there were times where we got ourselves into bad situations whether it was turning the ball over or letting up a big drive on defense,” he said, “but in the end, we were able to come together as a team to persevere and fight through adversity.”

The next game will be the first round of playoffs against Vinton-Shellsberg on Friday, Oct. 16. Masks are required and fans will be limited to the first 1,000 people. Friday’s game will be live-streamed at www.GoMVStangs.org.