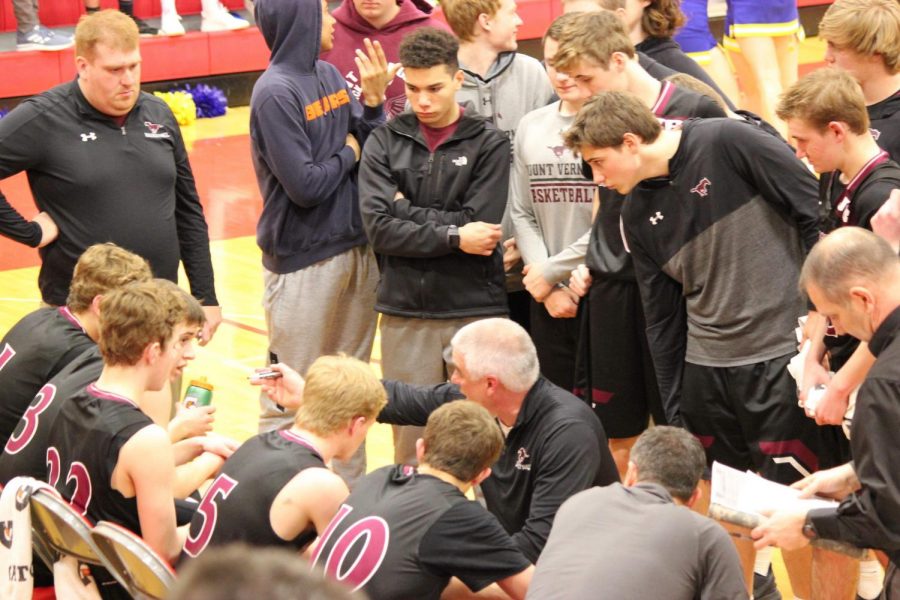 The Mount Vernon boys basketball team gave it their all, but it wasn’t enough to conquer Dubuque Wahlert who outscored the Mustangs 57-45 in the first round of regionals.

The Mustangs started to lose control over the game and gave the lead to the Golden Eagles at the end of the third quarter. Erickson had a huge and-one play for the Mustangs and reduced Wahlert’s lead to 40-38.

“We made some mistakes, but we had 100 percent effort,” said Erickson, a junior. “They were a talented team. They were able to make shots in the fourth quarter when we only scored two.”

The fourth quarter was dominated by Dubuque Wahlert, who continuously increased their lead in the game until the final buzzer rang and the Golden Eagles became the champions of the boys first round regional game with a score of 57-45. A hard fought game on both ends.