Bringing the Storm During a Storm 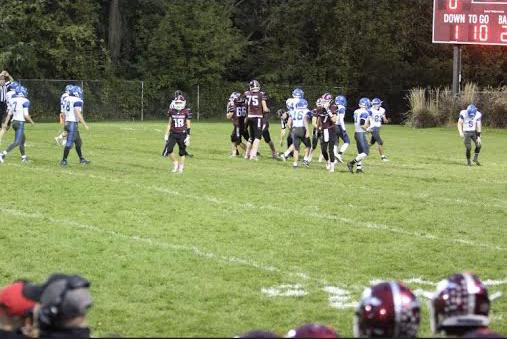 Weather can always mess with something that has already been planned. Last Friday night the Mount Vernon High School had fall senior night planned to recognize students in cross country, cheerleading, and band along with the Pink Out for Cancer and the Mini-Mustangs cheerleading performance at halftime.

On Oct. 5, our seniors all experienced a different kind of senior night. In hopes of making sure they completed the ceremony, the Friday night football game was moved up by about two hours. They managed to get through the band seniors before the first delay took place, pushing everyone out of the stadium.

After the first delay, the Mini Mustang cheerleaders, who were set to perform at halftime, were postponed to a later date. But as for the varsity football players, it was game time. Warm-ups continued and another ceremony was added in. The senior football players and coaches handed over their fundraising check to Vance Light for his wife Marsha Light. Marsha is battling cancer currently. To contribute to what Mount Vernon has done, including an early Christmas celebration, the Mustangs football team sold pom poms and t-shirts to raise money.

The game was set to go after that. Mount Vernon and Camanche were tied at 0-0 when the next delay happened. Due to the thunder and lighting in the area, everyone was asked to leave the stadium. Most of the fans there sought shelter from the rain inside the First Street Building.

“It was all about staying alive so that when we did come back for the game the cheerleaders could bring the enthusiasm back into the crowd,” said senior cheerleader Abigail Patten.

The scoreless game resumed after about an hour of waiting out the storm. Fans came back to the game as players warmed up on the field, still managing to stay hyped up for the game ahead of them.

“You just have to stay mellow and keep a laser focus,” said senior Detrick Vondracek. The rain is never anyone’s favorite. “It makes things harder in these instances.”

With only one quarter in the books and two delays in, the Mustangs looked to defend their lead over the Indians. The rain still poured, encouraging fewer fans to show up this time around but the enthusiasm still remained. So after another delay and set of warm-ups, the Mustangs continued to step up against the Indians. The lead grew after another touchdown by Paul Ryan making it 18-7.

The Indians managed another fumble in which Mount Vernon recovered. Just two plays later Mount Vernon converted for a touchdown, taking a 24-7 lead. It wasn’t much longer before the Mustangs converted on a screen pass from quarterback Brady Ketchum to Ryan. Then the Indians came up with another touchdown after a long ball, but they still trailed 32-14.

Before another delay happened the Mustangs struck with another touchdown. When they did come back the Mustangs continued their assault on the Indians and finished with the score of 53-21. Before 11:00 the game was called; right before the fourth quarter would begin but was delayed due to more thunder and lightning. 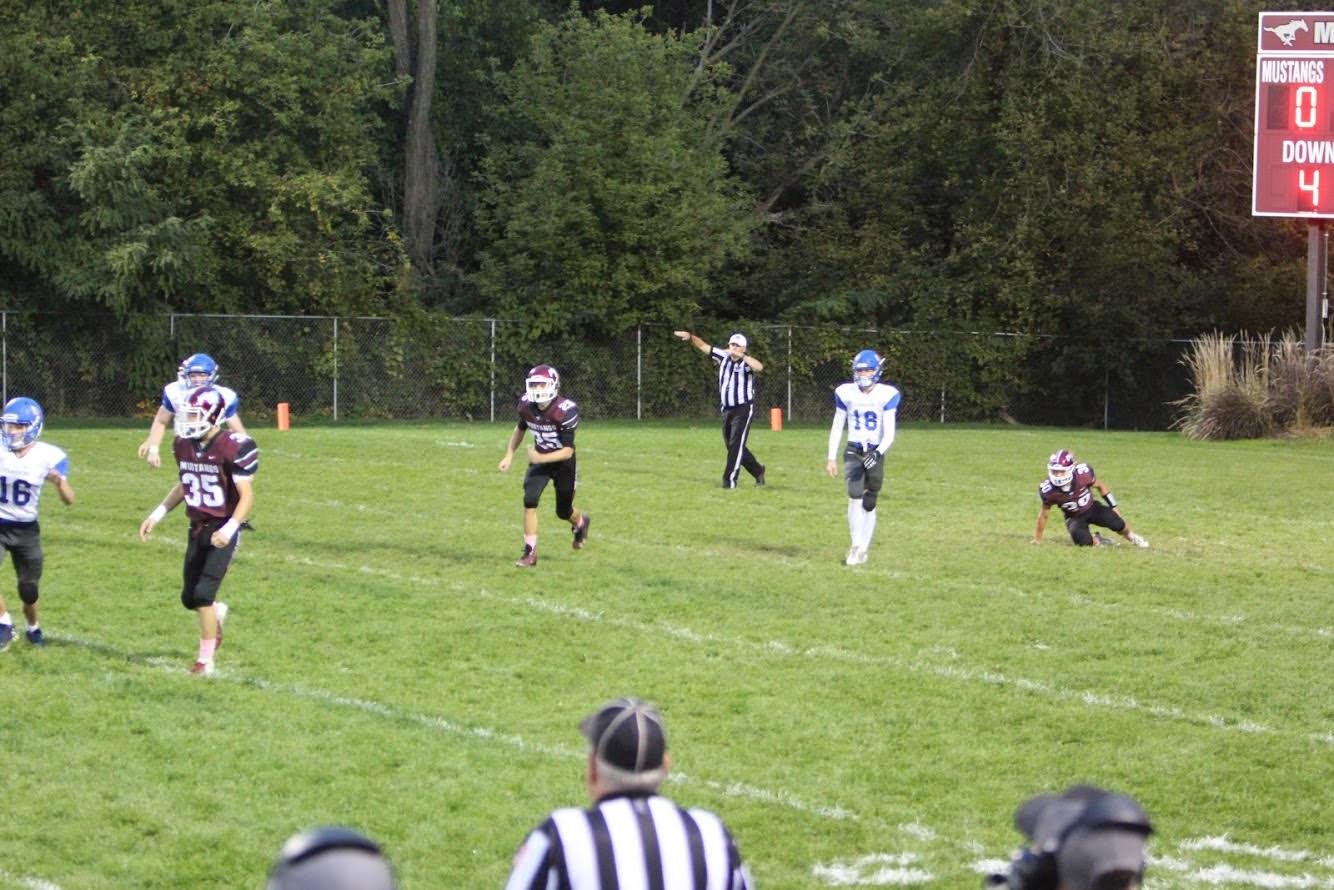 The Mustangs head down the field after a play on Oct. 5. Photo by Jillian McGuire. 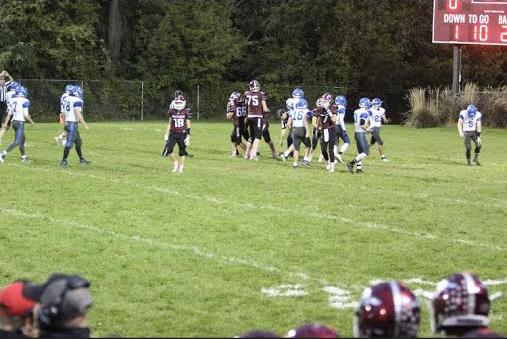 The Mustangs and Indians were scoreless up until a touchdown by Paul Ryan on Oct. 12. Photo by Jillian McGuire.